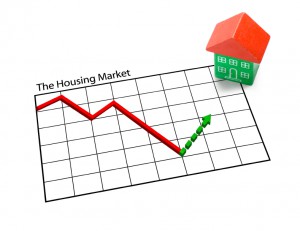 With sales and prices increasing in most regions of the country, it looks as though housing recovery is in full swing. There are more and more housing analysts declaring that we have turned the corner. A recent article on money-rates.comexplains that now may be the time to act if you are thinking of purchasing a home.

Others Are Also Calling a Bottom

In a Chicago Sun Times article, co-creator of the Case-Shiller home price index Robert Shiller agreed saying that, even though there are still questions in the overall economy, “it’s a good time to buy a house”.

“[Housing] is turning positive and we see the data reflecting that.”

“A turn in the [housing] market is occurring now and it should become a boom by 2015.”

And Jamie Dimon says the U..S housing market has “turned the corner” as JPMorgan Chase and Wells Fargo, the two biggest US Banks have seen a surge in mortgage demand. He also warned that interest rates would “probably” rise “sometime in 2013”.

What Does That Mean to You?

If you have been waiting for the bottom in real estate prices, it seems your time may have arrived. As the Money-Rate article concluded:

“The housing market may be better off than people know. As many found out during the housing boom, waiting until everyone knows the market is healthy before you buy can be an expensive proposition.”